Join Arctic360 for its Annual Event that brings together Northern and Indigenous governments, institutions, and corporations; global financial institutions, state leaders; mining, innovation, and other Industry leaders; and Arctic experts from Canada and around the circumpolar North to advance the conversation and foster action for building a sustainable, peaceful, and prosperous Arctic region.

register for the event
DOWNLOAD THE CONFERENCE INFORMATION PACKET 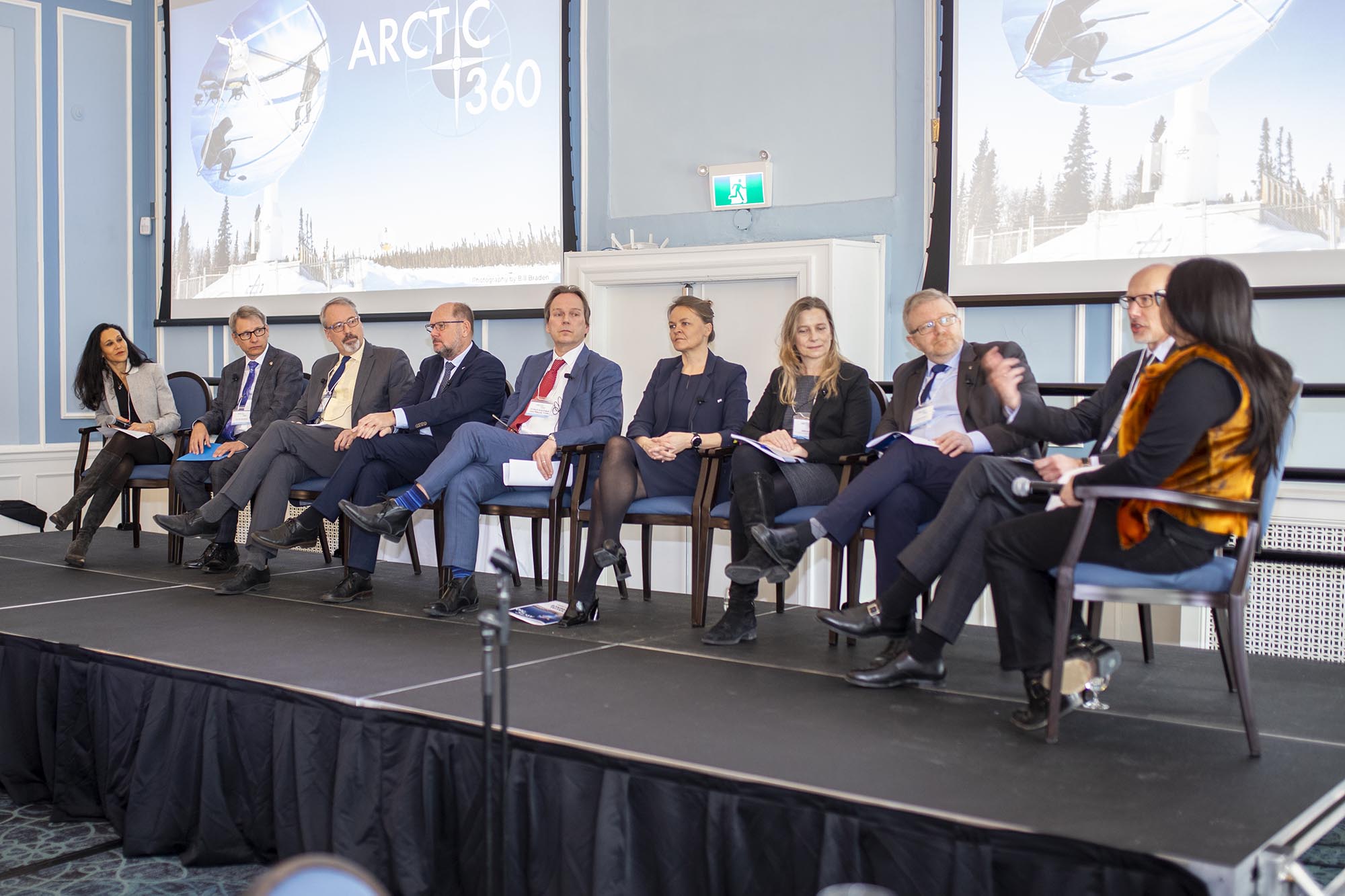 The globe has tilted, and the Arctic is now in full view.
March 2022, Arctic360 held the first international conference a few short weeks following the outset of the war in Ukraine. This February will mark almost one year to date since the collective political peace in the Arctic was upended.

Reorienting Arctic Geopolitics
The immediate geopolitical shift that followed Russia’s invasion became an unintentional source of renewed motivation to strengthen subregional Arctic cooperation among like-minded Arctic nations and Arctic communities. This past year has also been marked by the search for new opportunities and an acceleration of new innovative technologies and ideas to help with those efforts.

Indigenous Reconciliation
The North American and Nordic Arctic is demonstrating global leadership in Indigenous reconciliation and forging new models of economic prosperity. From minerals to geothermal energy, defence and security investments, fisheries, new sea routes and using the cold climate for new economic sectors such as the Arctic Blue Economy and the Digital Economy, the Indigenous and Northern mantra ‘nothing about us without us’ is transforming the way Arctic states and business thinks and acts.

Net Zero Energy Economy
The Arctic is at the forefront of the global transition to the net-zero energy economy, led by sustainable mining practices and investments defined by Indigenous leadership and Indigenous equity partnerships.

Multi-purpose and Multi-User Infrastructure
The path to net-zero necessitates building accompanying supply chains, including North of 60. Building green, connected, smart, and climate resilient transportation infrastructure, is expected to support local economic growth and well-being at home, connect the Nordic and North American Arctic neighbourhood, and the Arctic to global markets.

Global capital and Public-Private-Indigenous Partnerships
In a move away from earlier thinking about ESG and the Arctic, institutional investors including Pension and Venture Capital funds are coming to understand that the Arctic has a significant role to play in the global transition to a zero-carbon energy economy. Public-private-Indigenous partnerships are increasing in numbers and today global investors are running towards rather than away from Arctic investment opportunities.

Innovation out of the Arctic
The Arctic is becoming its own innovation hub. From climate resilient infrastructure, to AI and smart technology applications and storing of the accompanying data, cutting edge technologies and new solutions are coming out of the Arctic rather than being imported from elsewhere. Arctic innovations also have the potential to scale far beyond the region itself.

Taking Stock and Looking Ahead
As global attention to the Arctic accelerates and its regional geopolitical prominence continues to move to the centre, the Arctic region is experiencing a period of new cooperations, innovation, and opportunity.

Join Arctic360 this February 21-23 as our Annual Conference reflects on the past year and looks ahead to the region’s future.

“Pt Capital is an Arctic – focused investment firm that depends on organizations like Arctic360 to better understand the investment landscape, culture and access the network that encompasses the Arctic360 universe.”