Loading...
An Arctic360 Discussion: Along the (Very) Northern Trail of Canada’s Roosevelt Moment

An Arctic360 Discussion: Along the (Very) Northern Trail of Canada’s Roosevelt Moment

In an April 2020 speech, Minister of Infrastructure and Communities, Catherine McKenna, announced that the federal government is going to spend billions of dollars on ‘shovel ready’ infrastructure projects to dig Canada out, literally and figuratively, of the COVID crisis. Her inspiration for this moment, she sated, comes from another major moment in history, Roosevelt’s 1930’s New Deal, which she had been reading up on. In the spirit of McKenna’s words, it is appropriate in this moment to reflect on the institutions and successes born from the New Deal and the precedent it might lend to producing long-term and largescale post-COVID economic growth in Canada. In that light, this discussion makes the case that the COVID crisis presents Canada a once in a century opportunity to complete Northern nation-building so that the whole of Canada can finally benefit from the economic, social, and political opportunities that would follow. By thinking big and truly taking advantage of this moment, Canada can transform its vast North from a region of underinvestment and neglect—locked in a perpetual state of welfare—into a global greenfield infrastructure investment hub of the 21st century. Not unlike what the New Deal did for the United States, the Canadian government has an enormous opportunity today to help revolutionise the North, to set the foundations for building prosperous and sustainable Northern communities, to foster immediate growth for the whole of Canada, and to create new legacy institutions (based on equality) that can help drive a much more globally competitive and prosperous post-COVID Canada. 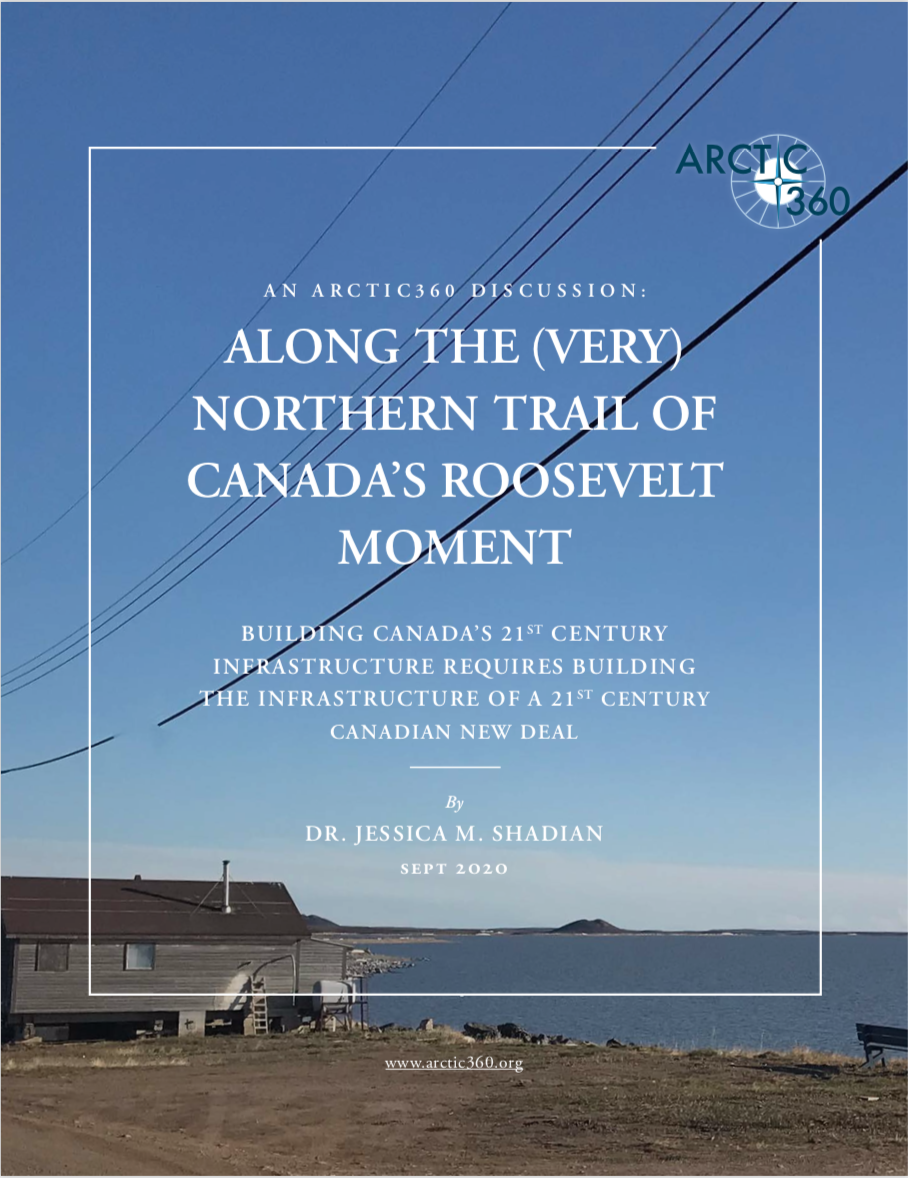