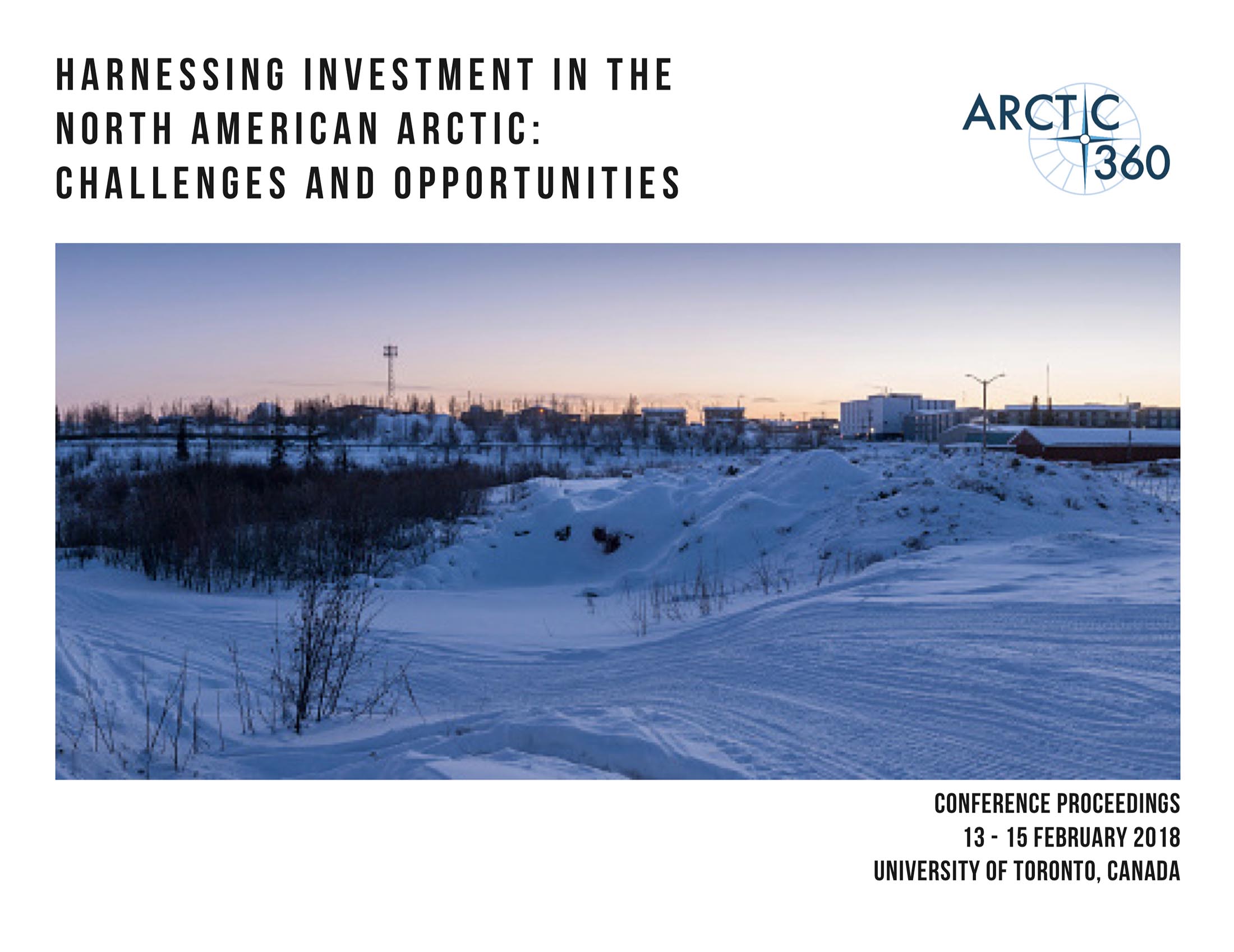 In February 2018, Arctic360 had its official kick‐off and held its inaugural Conference on the challenges and opportunities for infrastructure investment in the North American Arctic. It became the first conference of its kind in Canada that brought together northern leaders, Indigenous Development Corporations, the Federal government and institutional investors from Alaska, Canada and Greenland to discuss ways forward for successful Arctic investment and development

The global geopolitics and economics of the Arctic are undergoing intense transformation. Despite global attention to the opening of a new blue ocean and the possibilities of a host of new resource development, up to now, infrastructure from roads, to housing, ports, SAR, fibre optic cable and other necessary components of a vibrant economy have been unevenly developed throughout the Arctic at best if not lacking in its entirety. The successful growth of the emerging North American economy requires insightful pan-Arctic thinking. It also requires new theoretical and applied economic approaches toward harnessing and carrying out investment in the region. Central to that success is the active and informed role of northern stakeholders, northern decision-makers, northern rights holders, and northern business leaders in determining the future of the region.

It is with this foundation that Arctic360 in collaboration with the Bill Graham Centre for Contemporary History, the Munk School of Global Affairs, the University of Toronto and the Wilson Center’s Polar Initiative, D.C. will host the opportunity for leading minds and players in the financial sector to discuss ways forward for successful Arctic investment and development.